Schizophrenia is a heterogeneous disorder. To reduce this heterogeneity, categorizing schizophrenia into deficit and non-deficit subtypes according to negative symptoms is widely accepted. In this study, we aimed to investigate whether the changes in the ventricular volumes of deficit and non-deficit schizophrenia patients in 5 years were different. Instead of directly comparing two groups with each other, we took healthy controls as a reference baseline.

Thirty-nine patients (13 with deficit and 26 with non-deficit schizophrenia) and 22 healthy controls went under baseline MRI scans between May 2013 and May 2014. The follow-up scans were performed in 2018 and 2019. Cortical reconstruction and volumetric segmentation were performed with the Freesurfer image analysis suite. Longitudinal analysis was performed with FreeSurfer Linear Mixed Effects (LME) Univariate Model pipeline. 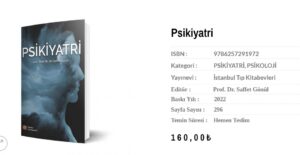